With a title like “Andes’ Mint-Mascarpone Ice Cream with Brownie Chunks & Fudge,” you know it’s going to be good.

Have you ever had Andes candies? The slim half-mint, half-chocolate bar is more of an indie candy; not like Reese’s or Hershey bars that you would go to the grocery store and buy on any given day. In fact, the place I’m most familiar with them from is Olive Garden. At the end of every meal, OG gives you a bite-sized Andes to refresh your palate. Perhaps that’s part of the reason I love Andes so much. After all, you know how much I adore Olive Garden. But it’s not just that; Andes have the perfect balance of smooth, sweet chocolate and cool, creamy mint. It’s decadent and refreshing at the same time, causing a beautifully harmonic experience as it melts on your tongue.

When I saw a bag of Andes baking bits at the grocery store, I knew I had to make something with them. It was an impulse buy. But then they sat in my pantry for months because I couldn’t come up with any use that seemed good enough for such a perfect little candy. 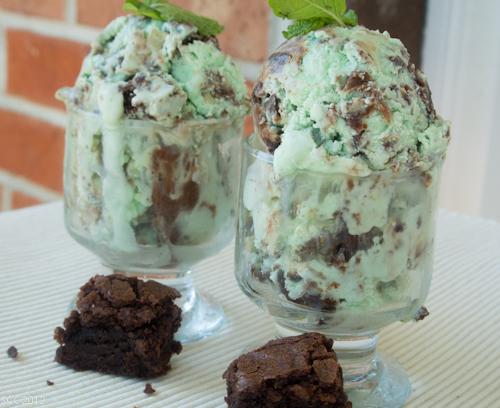 At last, it struck me to create an ice cream. But this wouldn’t be your average Mint Chip ice cream; it had to be bigger, better, and more decadent. I knew brownies would work beautifully with the mint. And of course, you can’t have ice cream without the fudge. The only thing left to decide was whether or not to do a custard-based ice cream.

I knew I wanted the richness of a custard-based, but I didn’t feel like making one. How could I achieve that decadence without hitting the hot stove? The answer is mascarpone cheese. Added to a simple ice cream base, it makes it so rich and creamy, just like a custard-based ice cream, except I didn’t need any eggs, nor did I have to cook! Plus, it balanced beautifully with the light mint flavor.

P.S. I am especially excited about this ice cream because it’s my first 100% Smart Cookie ice cream. I made my own from-scratch recipe, and it came out better than I could’ve hoped! 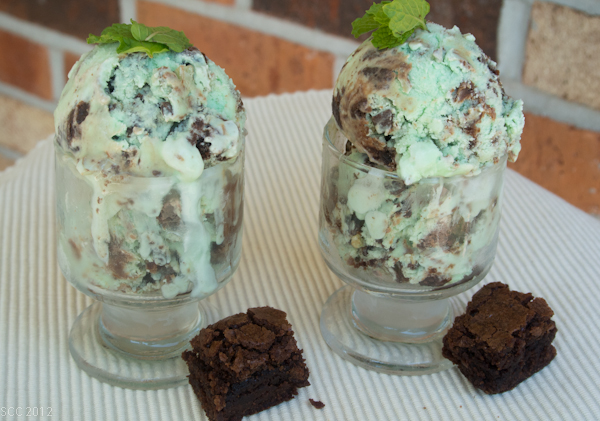 A Few Tips Before You Get Cooking: